Mourning the Loss of Dieter Burmester

It is with great sadness but also a deep sense of gratitude for all his achievements that Burmester Audiosysteme GmbH announces the unexpected loss of its founder and CEO, Dieter Burmester. He passed away after a short but severe illness in Berlin on August 15, 2015.

Dieter was an internationally admired pioneer. Many of his legendary audio components have become known as artifacts of the high-end world. His passion for music and its reproduction at the highest levels of quality, his creative energy, and his captivating enthusiasm inspired him to develop and realize extraordinary projects. 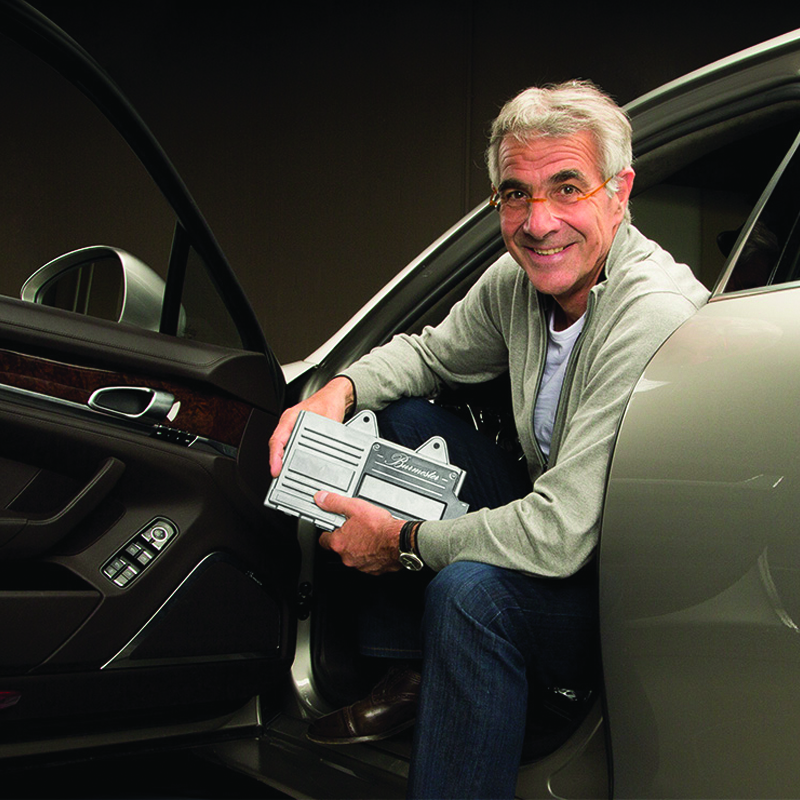 Easily his most extraordinary undertaking was the founding and leading of one of the world’s most highly regarded luxury audio brands: Burmester. The company of his namesake began in 1976 as a byproduct of Dieter’s engineering and audio listening passions. Today it has a global reputation for uncompromising sound and craftsmanship in all its home audio electronics and speakers. It also has become the household name for German luxury car audio systems. Ten years ago Dieter led the company to new realms by accepting the challenge of implementing the experience of high-end sound into the Bugatti Veyron. Following that project’s success Burmester now offers high-end sound for premium Porsche and Mercedes-Benz cars.

The loss of this great man will have ripple effects across the globe. “Dieter Burmester was more than just a partner in business he was a dear friend that will be missed more than words or emotions can express,” says Robb Niemann, CEO of Rutherford Audio, Burmester’s North American distributor. “His passion for excellence in everything is a character trait that I have learned from and trust that I will be able to carry through my days.”

Nonetheless, the amazing team he left behind will go on to achieve and innovative as strongly as ever. For Dieter, sharing his passion, profound knowledge, and expertise in the art of hearing was a labor of love. “I am confident in the team that is in place,” says Robb, “And glad to hear that Dieter had everything arranged to carry the company forward for years to come. We look forward to sharing his vision through many years in partnership with the team in Berlin.” Burmester is in good hands, and together with his wife Marianne Burmester, the team in Berlin will continue to run the company as Dieter would have wished.

Feel free to send comments, stories, or condolences via the following button. We will post entries on this page.

I am deeply shocked and saddened at the sad news of Dieter’s sudden passing. Like most industry colleagues, we all loved and admired Dieter’s passion for music, he was a very talented man, but more than that, he was one of the nicest men I have had the pleasure of meeting during my time working in this industry and I will miss seeing him at events around the world where we would occasionally bump into each other. Please pass my sincere condolences to his family and friends and not least all of you who were working along side him, I am sure you will all be feeling this very deeply. I love all the photos that you have posted of Dieter, I think that shows how we will all like to remember him, always smiling and with his guitar in his hand!

It is with great sadness to hear the loss of Mr. Dieter Burmester. I still remembered the time I met him at the Burmester head quarters in Berlin. It was the day when Dieter had to rush to Hamburg for the new Mercedes S-class launch, but he actually took time outside his busy schedule to meet with us. During our short meeting I was able to sense his great passion and dedication to high-end audio. Although it is difficult for us to say goodbye to Dieter, I must say heaven just got an upgrade, it now has a Burmester system playing.

I was fortunate to have been sent to Germany to meet with Dieter and other members of his excellent staff to learn about the quality of the Burmester products and and the customer oriented philosophy of his company.  One evening while there, I attended a “jam session” with Dieter and many other musicians attending who enjoyed playing live music. I believe that Dieter was playing the bass guitar that evening. Additional meetings with Dieter and other Burmester employees occurred in Las Vegas during a CES show. Dieter was a kind and considerate person who will be missed by all who had the good fortune to have met him. RIP

This is a huge shock and extremely sad loss.  My heart goes out to family friends. Dieter was a good friend who I first had the privilege to meet in 2007 in Greece. Kind wishes and sincere regards.

Sad news indeed of the untimely passing of Dieter Burmester. I  spoke with him on a couple of occasions regarding  his exquisite gear, which I ended up getting, and he was kind , humorous, and very passionate about music and its reproduction. The high end audio community  lost a titan of industry, but also a compassionate, kind and inspiring man! My deepest sympathies to his family.